kpr launched with two 24/7 channels, Lullaby and Jabberwocky in 2008. Our newest channel is Pipsqueaks, which features kids singing. In addition, we have links to other web-based radio programming for kids including streams, podcasts, and archived programs. We plan on creating more streamed channels as we are able, including live, community-based programming.

kpr is made for and with children. Stations, parents, and teachers are encouraged to help kids create programming for use in our streamed channels and for local and national broadcast as appropriate. Kids can also participate as artists and writers.

kpr is ad-free and commercial free. We are promoted by public radio stations across the United States. Financial support is provided by individual donations online.

kpr represents several years of work by a stalwart band of volunteer adults and kids. We knew with the coming of broadband and wifi, children would finally be able to hear the wealth of music and stories that generations have created. And just as importantly, they’d be able to create their own radio and talk to each other worldwide. It was an opportunity that could not be passed by.

kpr sees itself as part of the public radio family because so many of public radio’s core values are our values, too. We are ad free and commercial free, and will always be so. We embrace intelligence and a love of many cultures. We will not talk down to kids or pander to the violence, commercialism, and hyper-sexualized culture that seems rampant in much of children’s entertainment today. 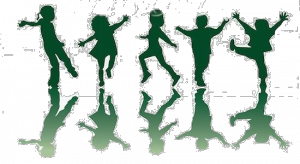 We let kids be kids